Is heavy screen time rewiring how your children think and learn? 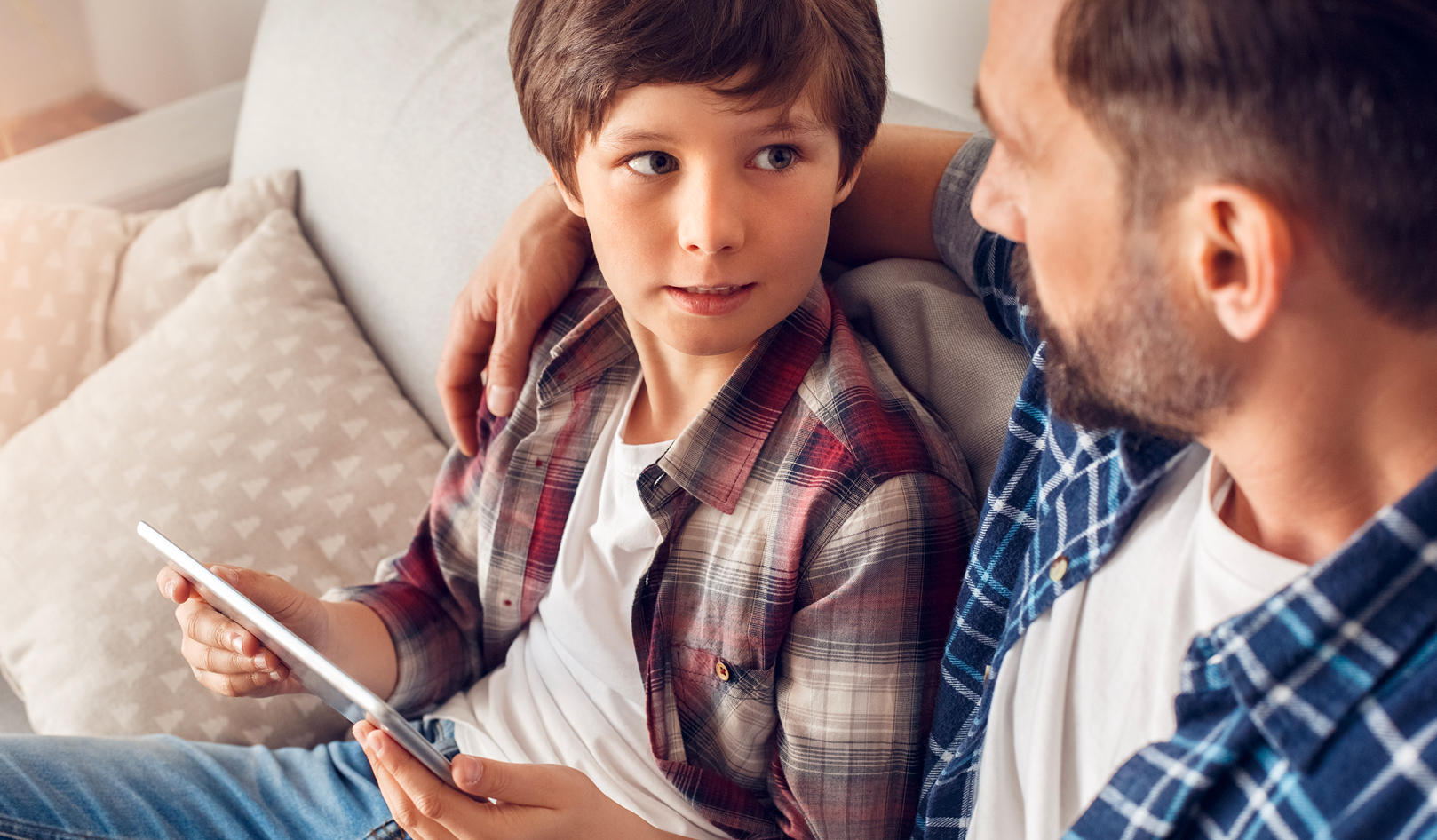 Ten years ago, the negative impacts of screen time were unknown. Today, questions still remain, but we now have many research studies showing clear problems in the areas of brain development, mental health, and learning that can occur when children use devices too often.

Let’s take a look at what the most current research shows us about problems that can result from too much time on devices for younger and older children.

While there is a place for digital media exposure as children enter the preschool years and beyond, the general consensus is that very young children do not benefit from screen time. In fact, it can be detrimental to their development. Toddlers and preschool-age children who have higher levels of screen time at 24-36 months score more poorly on developmental milestones at ages 36 and 60 months. Studies have also shown that regularly exposing infants and toddlers to digital media can negatively impact the development of language and thinking skills. Apps, videos, and games that are fast-paced and provide a high amount of visual and auditory stimulation can increase attention and impulsivity issues.

A recent study showed that increased use of screen-based media can lead to white matter changes in the brain that negatively impact the development of language and literacy skills in young children. This means that overuse of digital media can actually change the physical structure of the brain in ways that can cause problems for development and learning across many areas. Preschool age children are also at greater risk of ADHD due to excessive device use. Children aged 3-5 years who spend over two hours per day on screen time are more than 7 times more likely to meet the criteria for ADHD than those children who spend two hours a day or less on these activities.

Motor development can also be negatively impacted by excessive device use, as research has shown that preschoolers who spend more time on devices have worse manual dexterity skills than those who spend less time. Young children who spend more sedentary time on devices also have less adept gross motor skills and can suffer from the negative health effects of reduced physical movement throughout the day.

What about learning and brain development as kids grow?

As children get older, there continue to be concerns about their learning and social development. Studies have also shown that more time spent on devices can lead to worse academic outcomes for older students. This may be due to reduced time spent on learning activities such as reading, but is also linked to the increasing attention problems seen in children with excessive use habits. This can be problematic, as many children are exposed to digital media for several hours a day at school before they even get home!

Teens with higher frequency use of digital media are at greater risk of developing symptoms of ADHD. It is important to note that ADHD is a disorder that typically shows up in the elementary school years. This study shows that teens without a history of ADHD symptoms can begin to exhibit these symptoms as a result of increased use of devices.

Mental health problems related to screen time and specifically social media use become a significant concern for children in the pre-teen and teen years. Children in grades 8-12 have had increasing rates of depression and suicide, and those who spend more time on social media and electronic devices are at significantly higher risk than those who spend more time on non-screen time activities. Teens who spend more time on social media and television are more likely to have lower self-esteem and problems with depression and other mental health symptoms. Each additional hour spent on digital media increased the likelihood of those problems. It seems that the comparisons children make to others on these platforms can lead to a poorer sense of self-esteem and that, then, can lead to depression. The same study showed that time spent on video games played with others did not have these same negative effects.

An area of concern across all ages is that excessive use of digital devices can lead to sedentary lifestyle and associated obesity issues. Recent research has shown that increased screen time is a risk factor for children in all age groups to be overweight or obese. This also carries with it health concerns related to obesity, including diabetes and high blood pressure.

Increased screen time is also associated with a variety of sleep problems for children. Enough quality sleep is critical for supporting healthy brain development and learning in children, so loss of sleep from device use is a serious issue. Excessive device use during the day is associated with later bedtimes, shorter amounts of sleep, and poorer quality sleep for children of all ages from preschool through high school. Use of devices overnight in the child’s bedroom is a major predictor of too little quality sleep.

It is also worth noting that that parent tech use impacts child development, behavior, and relationships as well. Research shows that parents with increased device use are more likely to have children who exhibit more problematic behaviors. This means that not only do we need to be concerned with how much time children are using digital devices directly, but also the impact that adult overuse may have on child development and functioning.

As with almost anything that can bring benefits to the lives of our children, there can also be a risk of problems. As research into the impact of screen time and digital media use on children’s brains and development continues to grow, parents need to be aware of the risks in order to help children develop healthy digital habits that support development in all areas.

2. Be a role model of healthy digital behavior yourself, like not using mobile phone at the dinner table and turning off devices and hour before bed.

3. Prioritize non-screen time activities, like reading and connecting with nature.