Most of us probably have a fairly good idea that all the time we spend in front of the screen comes at a price. Now, science confirms it. Sheldon Lee Glashow, Nobel Laureate in Physics and scientific advisor at Reticare, stresses that “the Digital Revolution affects us all. We must trust science now more than ever before we suffer collateral damage.”

Of all our organs, the eye is the most affected by screen use. And all the variable that can influence eye health have grown exponentially. For example, the light emitted by modern screens is much more harmful than TV screens, and the intensity is greater. Meanwhile, the length of exposure to the screens has also multiplied, as the distance between us and our screens has decreased. Screens are increasingly larger and, worst of all, we start using screens at a younger and younger age.

Multiple studies over the past decade have proven that high energy light used in screens can destroy the cells in our retinas. This is an extremely important discovery, particularly because the retina is what allows us to see and the number of cells in it is limited and those cells cannot be regenerated. Unfortunately, the cell degeneration process is painless and therefore we have no warning. The only symptoms include tired eyes and headaches. 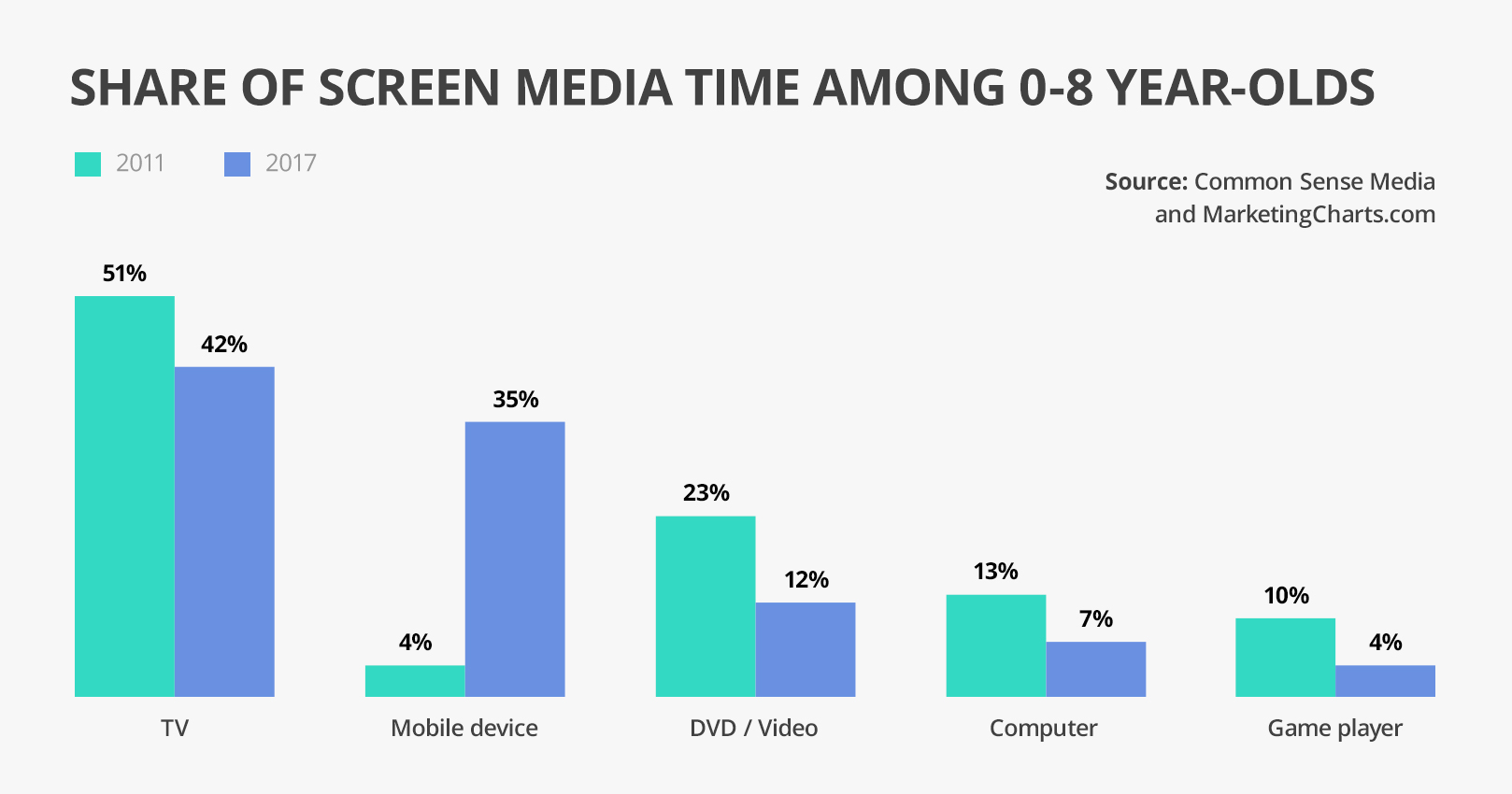 Another factor that makes screen time so harmful and toxic to our retinas today is that we use our mobile phones outside. The light emitted from your mobile screen has to be very powerful – 5 times greater than the light from older technology – to compete with the sun and make it possible for you to see the image displayed. That’s also 5x the amount of blue light.

Also, nowadays, most people spend more time in front of a screen than doing anything else, including sleep. The average person spends over 10 hours a day in front of the screen. Our eyes might even be looking at several screens at the same time. This is a new activity for our eyes. Throughout history we have been used to looking the light emitted from object, not from other light sources.

Distance from the screen, as mentioned earlier, is also and important factor. The intensity of light perceived by the eye is inversely proportional to its distance from the source. In other words, the nearer our eyes are to the source, the greater the amount of energy impacting them. For this reason, the length of the user’s arms is fundamental. Until a few years ago, we looked at screens, like TVs, at distances of at least one meter. Now, however, with mobile devices, we need to use our hands and so our distance to the screen is determined by the length of our arms. This is bad for adults, but worse for children whose shorter arms mean they will receive 3 times as much blue light as an adult, simply because the distance of the light source is closer. And it doesn’t help that, despite doctors’ warnings, children are using devices with screens at alarmingly younger and younger ages.

Reasons why young children should not use screens:

Though worse for children, we scientists notice excessive screen use having multiple negative effects on the eye, including damage, for everyone, in the short and long term.

How can you protect your eyes and your child’s from screens?

This post was written by Dr. Celia Sánchez-Ramos, teacher and researcher at the Universidad Complutense de Madrid, Dr. Honoris Causa from the Menéndez Pelayo International University, an international expert and advisor on protection for governments and Scientific Institutions, and Scientific Advisor to Reticare.

Reticare is one of the worldwide main players and advisor for many governments and institutions on the topic of prevention from the risks of high energy light emitted from device screens.

Summer sale ends soon! Use coupon code  SUMMER10 at checkout for 10% off Premium.