Is Among Us safe for kids? App Safety Guide for parents 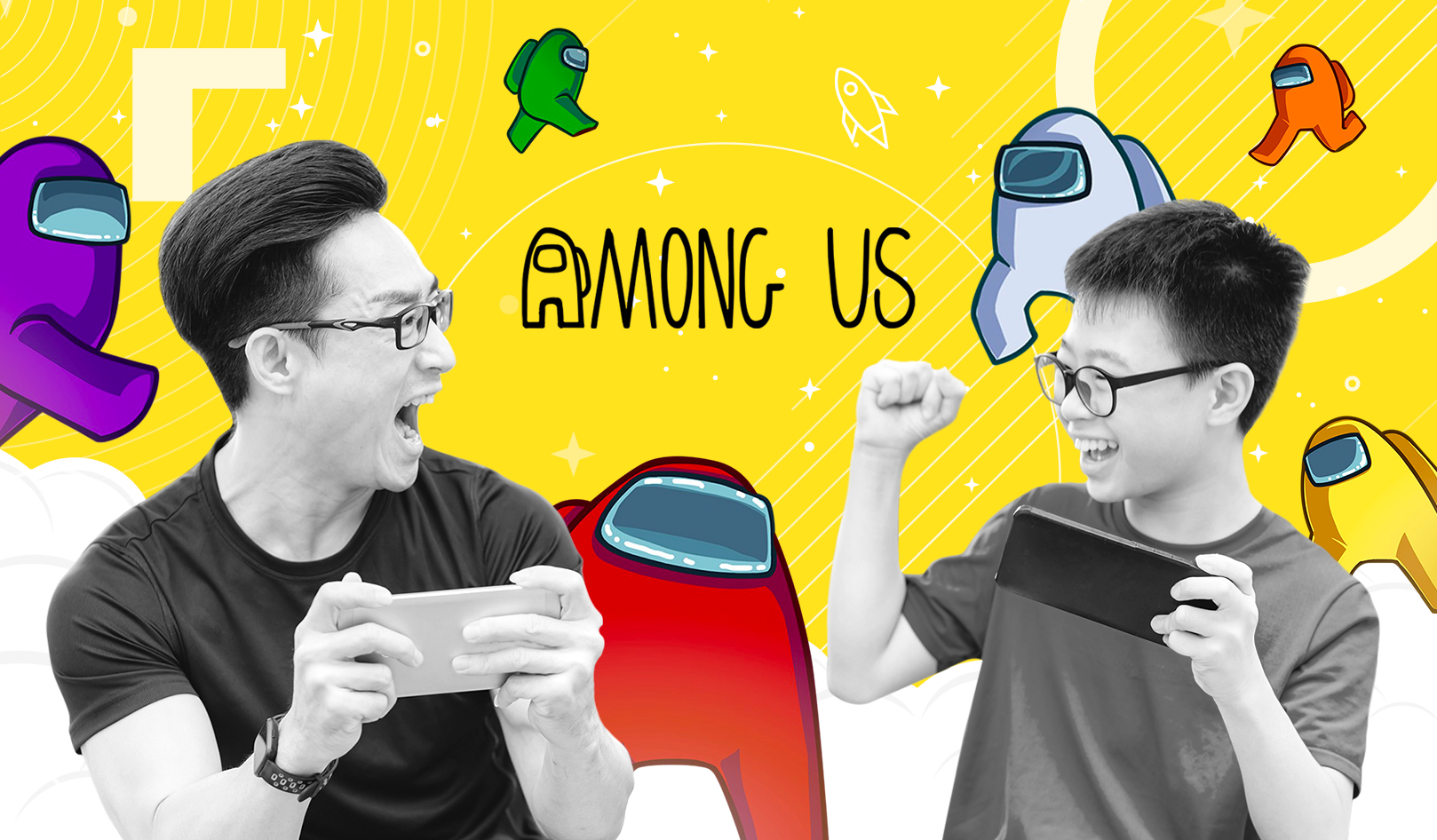 What parents need to know about the Among Us video game to keep their kids and teens safe on the latest app to go from nowhere to everywhere.

Like many relatively unheard of apps, the Among Us game has surged in popularity during the pandemic. It got additional boosts when Chance ‘Sodapoppin’ Morris streamed Among Us to his followers on Twitch, and when U.S. representative Alexandria Ocasio-Cortez asked if anyone wanted to play on Twitter. While most popular among tweens and teens, we’ve heard kids as young as 4 years old talking about it. So heads up parents! Here’s what you should know about Among Us to help keep your kids safe online.

Qustodio’s App Safety Guide to Among Us

What is the Among Us app?

Among Us is a space-based version of Mafia, a psychology experiment developed by Dimitry Davidoff in 1986. Created for iPhone and Android by the indie game developer InnerSloth in 2018, it is part teamwork, part betrayal. The goal of the Among Us players, the 4-10 aliens (described as looking like little honey-baked hams or sausages) in the video game, is to hold their spaceship, sky headquarters or planet base together and discover which crew-mate (or crew-mates) is an alien imposter so they can vote them off, blow them out the airlock, and get back to civilization before they kill off the crew.

Why do kids and teens love Among Us?

Aside from being free-to-play, relatively easy to learn, and a low risk distraction to the pandemic, Kids and teens (and a growing number of adults), really like the social side of Among Us. It is a game that involves deduction and deception, so it is more like Clue and poker than Fortnite. This added reliance on evaluating personalities is fun and makes it more human, like hanging out with friends. People report feeling closer to people they have met on Among Us than with people they have known their whole lives. In terms of design, it is also more fun to watch than your typical shoot-em-up game. According to The New York Times, Twitch fans have watched more than 200 million hours of Among Us this year!

Is Among us safe for kids?

While it is cartoony and easy enough for a child or a not-so-tech-savvy adult to play, Among Us has two main issues: it is not moderated and there is no way to make 100%  sure kids are only playing with their friends – there is a private mode, but you’d have to check every friend that was invited was someone you trust and your child really knows.

The public chat is limited to 30-second “emergency meetings” (after a body is found or someone presses the emergency meeting button) and to a voice chat in the “lobby” before the space match starts. Either one could expose your child to inappropriate language, predators, or groomers. And, just because your child’s chats are limited in the game, it doesn’t mean they aren’t chatting with the public somewhere else. In fact, parents need to know that much of the chatting related to Among Us play doesn’t happen in the game itself. Many players simultaneously stream on Twitch and chat on Discord, to name a few.

Parents have also complained that teamwork can turn to bullying when a group gangs up on a single child, especially in these side chats or calls,

And, like any game with in-app purchases, parents should be aware there is downloadable content (DLC). The good news is, the DLC in Among US is purely cosmetic or for fun (skins, hats, pets, flower pots…), and won’t improve a player’s chances of winning. Nevertheless, we’re guessing most parents don’t want their hard-earned money spent on a virtual toilet plunger!

How can I make Among Us safer for my child or teen?

Because Among Us has no monitoring (to be fair there is a basic chat sensor that attempts to block profanity) or parental controls, there isn’t much parents can do to make the game safer for kids than to play together or supervise game play in person. No matter what the age of your child, parents should help their children develop “digital resilience” – the ability to understand and react appropriately to risks online:

Qustodio’s final advice for parents about Among Us

We think Among Us is a really fun game to play together as a family, starting at around age 10. Younger kids tend to think much more literally, so the deceptive element of the game might not be age appropriate. For older children, you should base your decision on your child’s digital reliance and emotional maturity. Do they know what to do if approached by an ill-intentioned stranger? Can they stand up to bullying? Do they themselves know how to be nice online? Until 18+ we highly recommend keeping play to private mode and to limit chat to the in-game chat. Watch out for external chats. As with any game, if play becomes addictive be sure to set time limits with your phone’s native screen time apps or with a parental control app like Qustodio*, or block the game until healthy habits are restored.

*Qustodio monitors Among Us on Android and Mac.

Where to get Qustodio